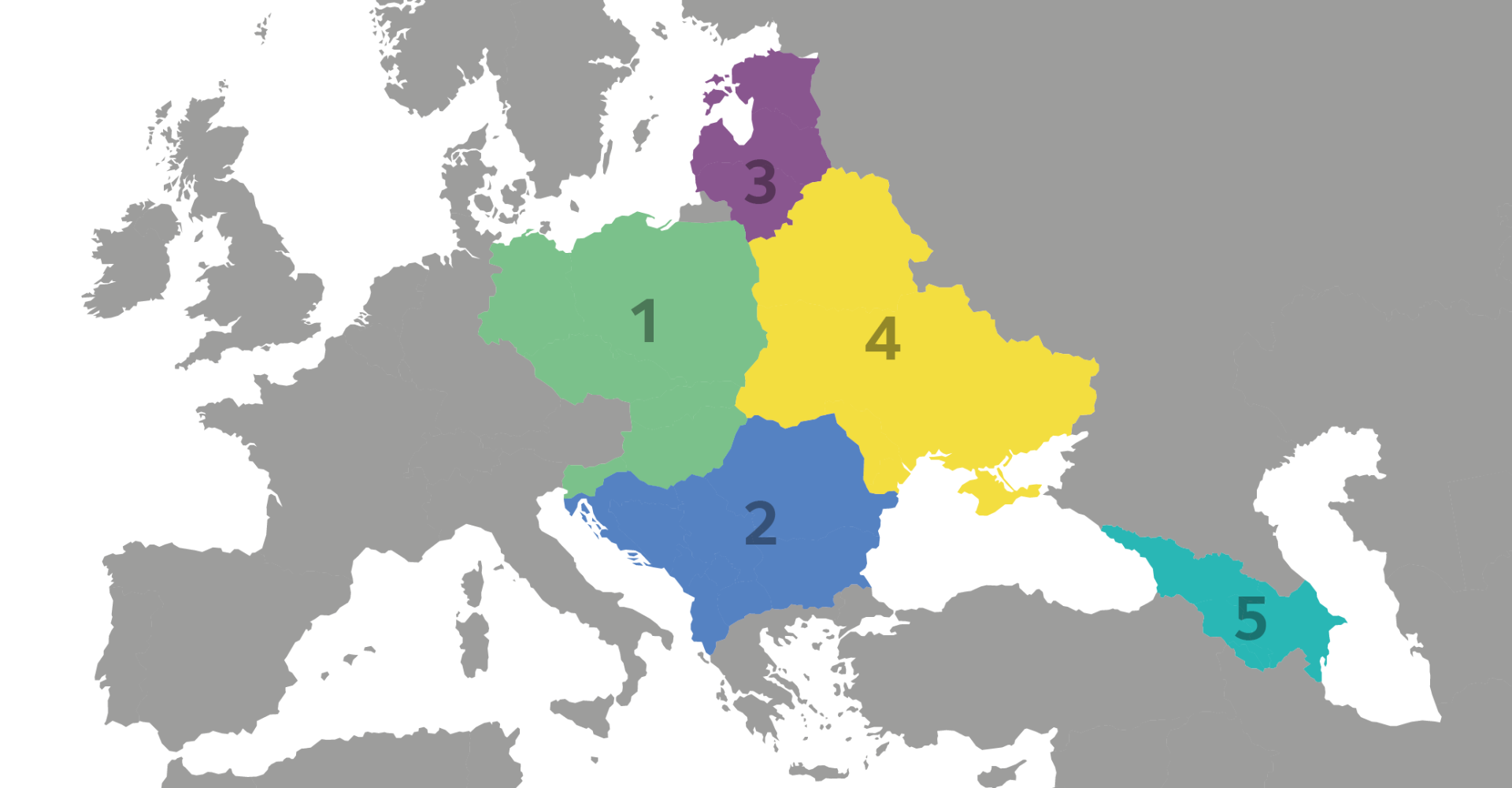 Central and Eastern Europe (CEE) comprises twenty-four countries, stretching from the Elbe River and the Caspian Sea. For this project, the Ian Ramsey Centre has grouped the CEE countries into the five regions shown in the map above: (1) Central Europe, consisting of Czechia, the former East Germany, Hungary, Poland, Slovakia and Slovenia; (2) the Balkans, consisting of Albania, Bosnia & Herzegovina, Bulgaria, Croatia, Kosovo, North Macedonia, Montenegro, Romania and Serbia; (3) the Baltic, comprising Estonia, Latvia and Lithuania; (4) the Dnieper Basin, comprising Belarus, Ukraine and Moldova; and (5) Transcaucasia, consisting of Armenia, Azerbaijan and Georgia.

Throughout its history, CEE has been a region of religious and intellectual vitality. It is the birthplace of Slavonic Orthodoxy and Protestantism, and the home of the ancient churches of Georgia and Armenia. It is also a historical centre of Ashkenazi Judaism and European Catholicism. At the same time, it has been the site of epochal advances in scientific thought including Copernicus’s demonstration of heliocentrism, János Bolyai’s discovery of non-Euclidean geometry, and the founding of modern genetics by Gregor Mendel.

In the twentieth century, the intellectual and religious life of CEE was disrupted by the World Wars, Nazi occupation, and communist government. In recent years, however, the region has seen rapid political and economic development, and research in topics relating to science and religion has swiftly revived. The New Horizons project will champion this research, and foster links between researchers and institutions within CEE and their counterparts elsewhere. We aim to contribute to CEE’s becoming a global leader in ‘big questions’ research over the next generation.